This button is not needed on the in-gallery display, which would be set up to play automatically

The Memorial Hall is open between 11 a.m. and 3 p.m. daily starting at the beginning of the Easter Holidays until the end of October. For an image used to illustrate a longer narrative we can have longer text below the image and leave the text up on screen for a long time so that people have time to read it and understand. With a touchscreen we *could* have the option that it would only advance with a button, or indeed have a ‘skip’ button so that the user could move on more quickly 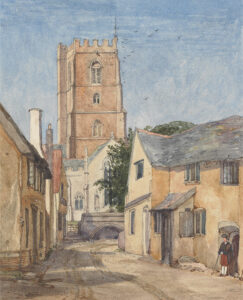 Depending on the format of the image and the desired layout, descriptive text could be placed to the right

Clip from the TV series ‘Your Place’

We can add as many slides as we want, just like a Powerpoint, all edited on the website so no need to faff around with the system in the museum.

This would then update daily, play automatically, on a loop